Time magazine announced (and released its cover design well ahead of schedule) that it would feature a transgender male on its cover for the first time in the magazine’s history. The March 29th, 2021 cover will feature Elliot Page who is formerly Ellen Page.

I have done a decode on the official announcement of the Ellen-to-Elliot Page transition, in which I explained its esoteric roots.

The same core esoteric elements are at play with the TIME magazine feature. It is also important to acknowledge that one of the most influential powers behind the current world zeitgeist is Rome, that never fell; only changed its facade. The Vatican and the United States are the two primary elements of the mask that the Roman Empire hides behind.

The most vivid examples of Rome’s continued presence is the Fasces symbol and the eagle in American governmental iconography; and the fact that the Roman Senate sat on the sacred Capitoline Hill while the United States Senate sits on Capitol Hill.

The Vatican venerates Jupiter in the form of Saint Peter.

The Esoteric Keys to the Ellen/Elliot Page Roman Ritual

JUNO The Patron Goddess of the Roman Empire

The sacred Roman Capitoline Hill honored its elite deities, The Capitoline Triad that featured Jupiter symbolized by the eagle, and Jupiter’s sister and consort Juno the Patron goddess of the Roman Empire.

The (at-the-time) actress Ellen Page established herself as an A-lister with her starring role as a character named after the patron goddess of the Roman Empire in the eponymous movie JUNO.

Peter is JU-peter. The priceless 1st Century Roman statue of the god Jupiter was moved out of Italy to a city named after St. Peter: St. Petersburg, Russia as homage to St. Peter representing Jupiter.

“JUPITER” has gematria value of 99. This will emerge in a Jovian ritual.

If you spell out the number “THIRTY FIVE” it sums to 53 in the Septenary cipher.

Elliot Page is described as a “TRANS MAN” which sums to 53.

The Throne/Chair: The Symbol of Jupiter

The throne/chair is a symbol of Jupiter. Jupiter is Zeus in Ancient Greece. Zeus and Jupiter are depicted seated on thrones/chairs as exemplified by the Capitoline Jupiter statuette below.

Statue of St. Peter on his signature Jovian chair/throne

St. Peter is depicted seated at St. Peter’s Basilica in the Vatican and various other places, in a similar manner to Zeus and Jupiter are.

The primary tag-line and catch phrase from the movie JUNO is “It all started with a chair.” This occulted reference is now crystal clear: Jupiter.

The horizontal orange-and-white stripes – on her shirt and in the background – are symbolic of the orange and white horizontal stripes of the planet Jupiter, as is the tiger motif rug. 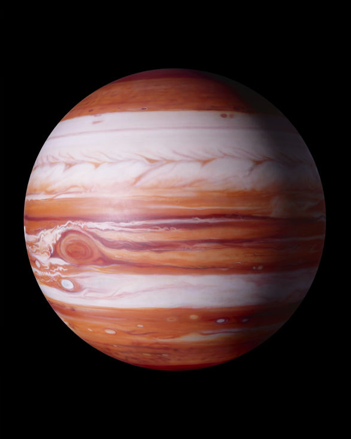 “CHAIR OF PETER” as it is also called, sums to 53 in the septenary cipher.

It is also known as the “Throne of St. Peter” which sums to 201, the preeminent Jesuit number.

The planet Jupiter rules the zodiac signs of Sagittarius and Pisces.

The sculptor of the Chair of St. Peter Gian Lorenzo Bernini was born and died in Sagittarius (December 7th, 1598 and November 28th, 1680). His name “GIAN LORENZO BERNINI” sums to 99.

“Gian Lorenzo Bernini” also sums to 56 (in the Septenary cipher); a very important number to the Jesuit Order.

The 53-35 Code unites Mythology and Transgenderism

In Greco-Roman mythology Jupiter castrates his father Saturn. Castration can be performed in male-to-female gender transition. The term “CASTRATE” sums to 35 in the Septenary cipher.

The glyph (symbol) for the planet Jupiter looks like the number 24.

In gematria “CASTRATE” also sums to 24.

St. Peter’s Cross is the upside-down cross in the fashion in which St. Peter is said to have been crucified. Gematria reveals this association: “INVERTED CROSS” and “CROSS OF St. PETER” are a super-match in 3 out of 4 base ciphers.

Peter is said to have been crucified under Roman Emperor Nero. It is also called the Petrine Cross.

In astrology it is known as the Mutable Cross. The Mutable signs are Sagittarius (ruled by Jupiter), Gemini (ruled by Mercury), Pisces (Jupiter) and Virgo (Mercury). Sagittarius-Gemini forms one axis of the cross; Pisces-Virgo forms the other. Jupiter and Mercury are detriments; polar opposites of each other.

Elliot Page is a Pisces. Elliot Page is married to Emma Portner who is a Sagittarius. Both are part of St. Peter’s Cross. Portner is Jupiter, Page is Juno the consort of Jupiter.

The movie Juno had two release dates; both on the Petrine Cross: September 1st in Virgo, and December 5th in Sagittarius.

The Mutable Cross a.k.a. the Petrine Cross or St. Peter’s Cross is an inverted cross. In gematria “INVERSION” sums to 35 in the Septenary cipher.

The Mutable Cross/Petrine Cross is represented in Tarot by Major Arcana card number 12 (XII): The Hanged Man that depicts a man hanging upside-down off of a tree by one ankle.

TIME magazine’s cover is designed with this esoteric code. It is designed to be inverted like St. Peter’s Cross of which Page is a part, being a Pisces. It is a Pisces-Virgo, Sagittarius-Gemini cross. When inverted the TIME magazine cover displays Elliot Page as The Hanged Man.

“THE HANGED MAN” and “INVERSION” have double overlap in the base ciphers of gematria, most significantly at the value of 53.

The New Testament twice quotes Jesus as referring to Peter as Satan: in Matthew 16:23 and Mark 8:33. It is interesting that “SATAN” sums to 35 and 55.

Female-to-male transitioners receive a mastectomy to remove breast tissue. “MASTECTOMY” sums to 35 and 55.

There is another Tarot card represented here: Card 0; The Fool which features a small dog. The dog in the Elliot Page Time Magazine cover is the dog on The Fool card. The dog represents instinct, intuition and connection to nature. If the Time cover is meant to be viewed upside-down then the dog from The Fool card is reversed which would signify going against nature. “AGAINST NATURE” sums to 53 in the Septenary cipher. A reverse Fool card also indicates a bad decision.

In pictures of his youth Elliot Page very often appears to be a boy. It is a possibility that Page was born a male, raised to be a female who then detransitioned back to a male.

If this is the case then maybe The Fool card should be read right side up, in which case Elliot is following nature and natural instinct symbolized by the dog. The Fool card right-side-up also represents a new beginning; the beginning of the Elliot era in Page’s life.

In gematria “THE FOOL CARD” sums to 53

Notice the bright white light shining behind the heads of Page and the character on The Fool card. This could be interpreted to represent the star Sirius known as “the Dog Star.”

Time Magazine releases the Elliot Page issue 35 days after The Feast of the Chair of St. Peter (February 22nd, 2021).

Remember that Page is associated with a Jovian chair as Juno in the eponymous film.

The date of the Feast of the Chair of St. Peter, February 22nd, leaves 53 days in the year in non-leap years.

When you spell out “FEBRUARY TWENTY SECOND” you get gematria value of 277.

March 29th, the date of the Time Magazine release leaves 277 days in the year.

This is the perfect day to release a magazine with Elliot Page as the feature story because “ELLIOT PAGE” sums to 277 in the Latin/Jewish cipher.

The phrase “Elliot Page as the Hanged Man” sums to 222, like the date Feb 22, of The Feast of the Chair of Saint Peter.

As Ellen, Page was romantically linked with actress Drew Barrymore. Their partnership was highly publicised in the media, including this Marie Claire Magazine cover.

Drew Barrymore is not a random choice for a partnership with Ellen Page: her birthday is on the Feast of the Chair of Saint Peter February 22nd.

Drew Barrymore’s birthday and the Feast of the Chair of St. Peter are one day after Elliot Page’s birthday. That makes them both Pisces. Pisces is part of the astrological Saint Peter’s Cross, and ruled by Jupiter. Remember that Page’s current spouse Emma Portner is Sagittarius, a sign that is also ruled by the planet Jupiter.

Page has clearly been chosen to play the symbolic role of the consort of Jupiter: Juno the Patron Goddess of Rome.

In 2016 NASA’s Juno entered the orbit of Jupiter on July 5th. From the March 29th, 2021 publishing date of the Time Magazine Elliot Page special — to the 2021 anniversary of the Juno probe arrival in Jupiter’s orbit — is a 99 day span. 99 the key gematria value of “JUPITER.”

From the day of the Time Magazine Elliot Page Issue release (March 29th) to the Roman Holy Day honoring Jupiter and Juno; The Feast of Jupiter and Juno ( April 22nd) is 24 days.

Remember that the quote and tagline from the movie JUNO; “It all started with a chair” sums to 353, a palindrome and combination of 35 and 53; the chair being a powerful symbol of Jupiter.

Look at how 353 is referenced in the official account of the Juno space probe’s Jupiter mission:

After starting with a 353 reference, the sentence ends with a 535 reference.

The Ritual of Juno’s Birth of Vulcan

The gods of Rome are still venerated today, on an occulted level. The Ellen/Elliot Page saga is a vivid example of that. As Ellen, Page embodied the Roman Queen of the Gods, and Goddess of child birth JUNO. Gematria proves this fact: “Juno” and “Ellen” have double overlap in gematria.

The movie Juno ends with Ellen Page’s character Juno Mac Guff fulfilling the role of the Roman goddess of childbirth by giving birth in the final stages of the movie. Juno gives birth to a boy.

Gematria indicates which son of Juno is alluded to in the movie ritual: “ELLIOT” and “VULCAN” are a super match across three of the base ciphers.

Hello and welcome!  My name is Zachary K. Hubbard and teaching is my passion!  Prior to 2013, I taught in elementary schools, teen homeless shelters and group homes.  It was in that year I discovered Gematria, and since then it has been my mission to help this knowledge reach the world.  Thank you for helping me in that effort!